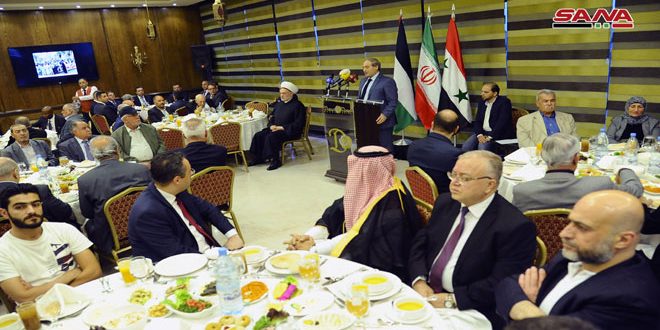 Damascus, SANA-The Iranian embassy in Damascus held a celebration on Thursday under the title “Towards al-Quds… the Motto of freemen,” in commemoration of the World Quds Day at Dama Rose Hotel in Damascus.

Iranian Ambassador in Damascus Javad Turk-Abadi affirmed that Syria’s struggle against the conspiracy and its victory is a victory for Palestine and Iran against powers of hegemony and colonialism, hailing Syria’s role in supporting the Palestinian cause. 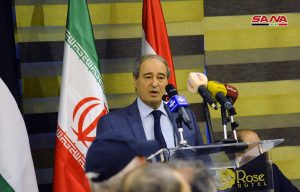 Deputy Foreign and Expatiates Minister, Fayssal Mikdad said that commemorating the world Quds Day is an assertion on the determination and faith to restore the Arab usurped rights and an expression of the Arab will to continue fight in order to liberate al-Quds.

He added that Syria is achieving victories against terrorism, affirming confidence that the axis of resistance will defeat all the conspiracies.