Al-Moallem: Economic blockade on Syria is a form of terrorism 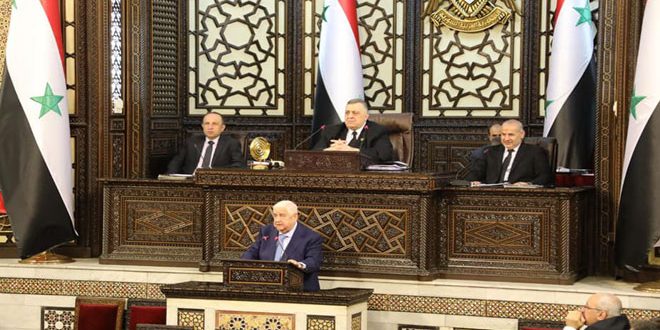 Damascus, SANA-Deputy Prime Minister, Foreign and Expatriates Minister Walid al-Moallem said on Wednesday that the economic blockade on the Syrian people is a form of terrorism as it targets every person of the Syrians in addition to the companies that deal with Syria and the private sector which supports the Syrian state. 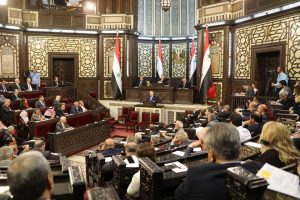 Al-Moallem, briefing the people’s Assembly on the latest developments, talked about the terrorist war waged on Syria since 2011 and the role played by some countries involved in this war, particularly Turkey which was a partner in the conspiracy alongside the US which armed and trained the terrorist groups.

He affirmed that the Syrian people has proven that it is ” people of miracle” in its struggle, adding that Syria will come out victorious under the leadership of President Bashar al-Assad and the heroism of the Syrian army that carry on the fiercest battles in Hama and Idelb countryside.

“The West wants this region, which is rich in oil and natural resources, to be a big consumer market for the western productions and wants the Israeli entity to dominate this region… so, they wanted the war in Syria to continue and prevent countries from taking part in the reconstruction process,” al-Moallem added.

People’s Assembly held a session today, led by Speaker Hammoudah Sabbagh who delivered a speech hailing the sacrifices of the Parliament garrison who offered their lives in defense of the Parliament against the French occupation attack on May, 29th, 1945.