Woman and child injured, fires break out due to terrorist shelling attacks in Hama countryside 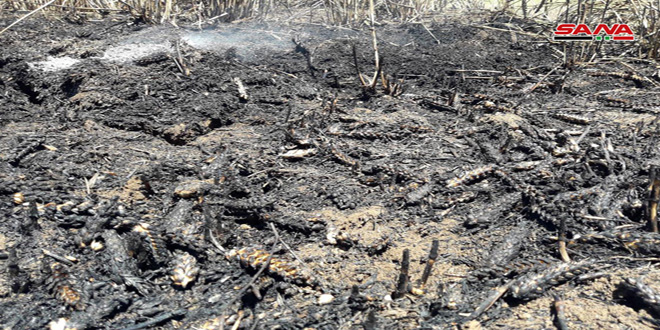 Hama, SANA – One woman and one child were injured and fires broke out in farmlands on Saturday as terrorist groups’ breached the de-escalation zone agreement by firing rocket shells at Belhossein, Ayn al-Kroum, al-Suqaylabiyah, and surrounding farmlands in Hamas northern countryside. 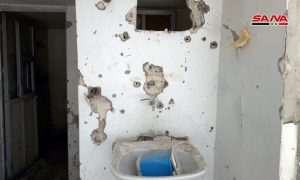 SANA’s reporter in Hama said one woman and one child were injured on Saturday evening due to shelling attacks by terrorists on houses in Belhossein village, which also caused material damage to houses and properties.

Earlier, the reporter said that terrorists positioned in the northwestern countryside of Hama attacked with rocket shells residential houses in al-Suqaylabiyah city and Ayn al-Kroum town, causing material damage to the properties.

The reporter added that terrorists positioned in surroundings of Midan Ghazal village in Shahshabu Mountain fired eight Grad rockets on wheat fields in the vicinity of al-Suqaylabiyah, causing fires to break out in a number of them.

The reporter said firefighters, in cooperation with locals, managed to extinguish the flames and prevent them from spreading. 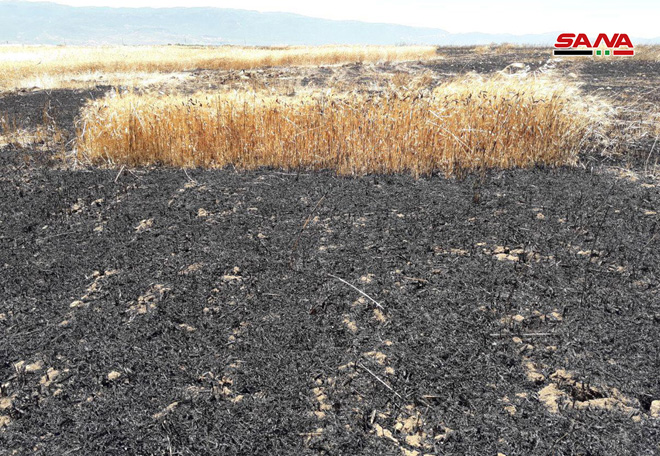