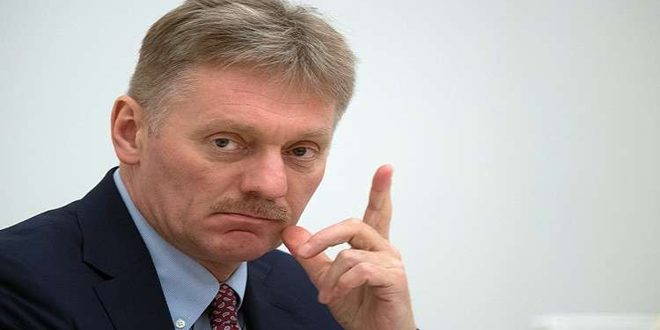 Moscow, SANA – The Spokesman for Russia’s President Dmitry Peskov said that Russia is following up and analyzing “the development” of the US stance regarding the military presence in Syria and the contradicted statements the US administration says every now and then with this regards.

Peskov told journalists Friday in Moscow that Washington launched in the beginning statements with regards to its withdrawal from Syria and then new statements and modifications on them were heard, adding “we sometimes hear different statements from different sides in the US administration.”
Rasha Milhem