Sabbagh: Venezuelan people only side to determine future of their country 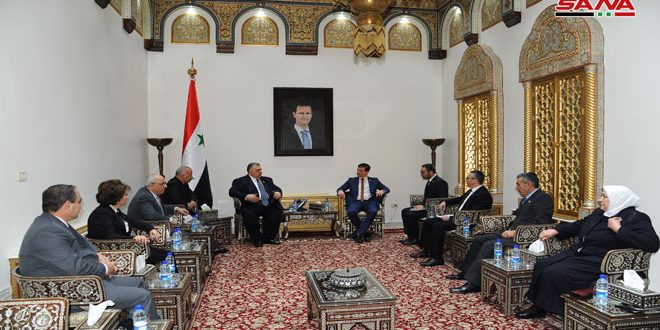 Damascus, SANA- Speaker of the People’s Assembly Hamoudeh Sabbagh expressed full solidarity with Venezuela in combating hegemony forces, affirming that the Venezuelan people are the only side to determine their future, choose their leaders and apply the system they see it appropriate. 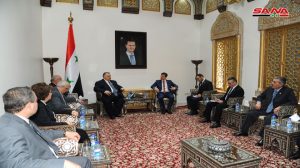 Meeting the Venezuelan Ambassador in Damascus Jose Gregorio Biomorgi Muzzatiz on Thursday , Sabbagh appreciated Venezuela’s stances , which have been supporting Syria in the fight against terrorism over past years.

He indicated to the deep-rooted friendship and the unity of struggle against the common enemy, hoping that parliamentary relations will strengthen between the two countries.

For his part, the Venezuelan Ambassador said that Venezuela is like Syria will be able to triumph and overcome all interference attempts in its affairs.