Joint Committee: Syrian, Iranian cooperation to witness a turning point in all fields 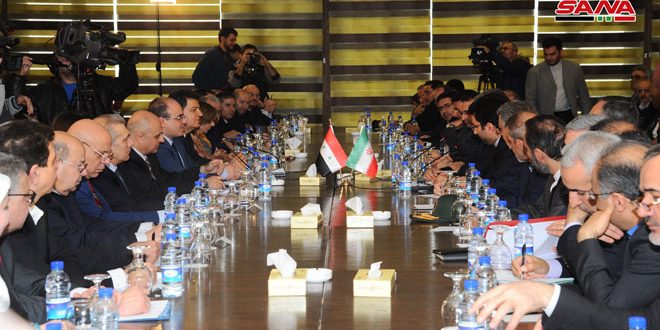 Damascus, SANA- Syrian-Iranian Joint Ministerial Committee held on Sunday a work meeting to discuss the topics put on the agenda of the higher committee meetings to be held on Monday.

Economy Minister, Mohmmad Samer Khalil said in an opening speech that the current year will witness a turning point in the cooperation track  between Syria and Iran in the economic, trade and investment sectors. 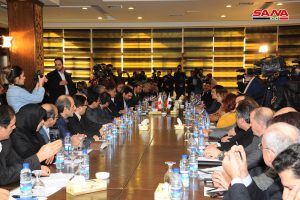 He added the Iranian companies will achieve an active participation in the reconstruction stage in Syria.

For his part,  Iranian Minister of Roads and Urban Development Mohammad Eslami said talks between the two sides will put the cornerstone for the economic cooperation.

He affirmed that Iranian companies and institutions are ready to play a bigger role in boosting liberal relations, particularly in the rebuilding process.