12 civilians injured in IED blast in Jaramana, civilian killed by sniper in Harasta

Damascus Countryside, SANA – 12 civilians, two of them children, were injured on Saturday night when an explosive device planted by terrorists went off in the town of Jaramana, Damascus countryside.

A source at the Police Command told SANA that terrorists detonated the explosive devices which they had planted in al-Kornish Street in al-Najayen neighborhood, inflicting wounds of varying severity on 12 civilians and causing material damage to the site.

The Police Command also said that a terrorist sniper opened fire on a private car near the Police Hospital on the Harasta highway, killing the driver. 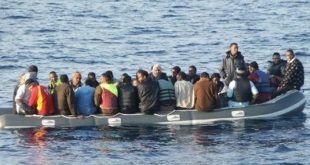