Jordanian intellectuals: Conspiracy against Syria due to stance on Palestinian cause 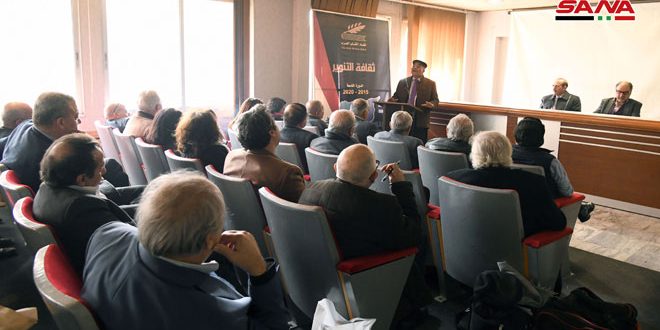 Damascus, SANA_ The delegation of Jordanian intellectuals, who is currently visiting Syria, said that the Syrian steadfastness in the face of terrorism has protected the Arabs from the expansion of Takfiri thought and prevented the Zionist entity from achieving its schemes against the Palestinian cause.

The delegation, which includes thirty-three writers, intellectuals and artists, reviewed  during the visit of the Arab Writers Union in Damascus on Sunday, the threats and risks facing the region and ways of activating the role of Arab intellectuals in confronting them. 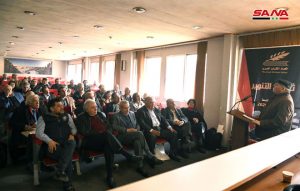 Members of the delegation highly appreciated Syria’s leading role in defending all  Arabs, emphasizing  that the victories achieved by the Syrian Arab Army have protected all Arabs from a Takfiri attack targeting their homelands for fragmenting them.

They stressed that the conspiracy against Syria is part of a long-term scheme that has been prepared since the US occupation of Iraq because it has always stood against the plans of the Israeli occupation entity which aim at imposing surrender, normalization and the liquidation of the Palestinian cause.

The interventions of Jordanian intellectuals and writers highlighted the importance of Syria’s strife to face Western schemes prepared for the region.