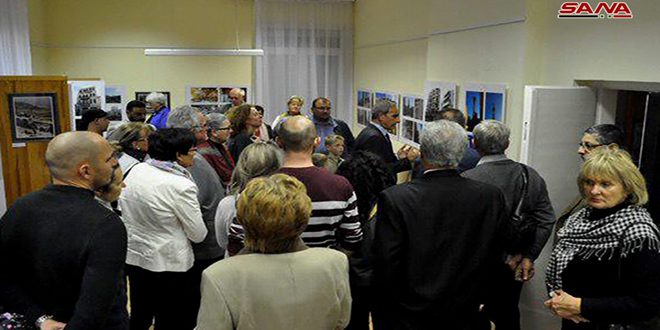 Budapest, SANA – A photo exhibition, entitled “Syria, the Pearl of the East”, was recently opened in the Cultural Center of Jaszfenyszaru town in Szolnok county in Hungary.

The exhibited paintings showcases Syria before and after the terrorist war being waged against it.

The exhibition is held at the initiative of the Syrian expat. Dr, Munzer Futtaimi’s family and under the patronage of Szolonk county with the aim of conveying the real image of what is taking place in Syria.

Dr. Futtaimi underlined the key role of Syrian expats in rebuilding the homeland, extending gratitude to Hungarian officials for making this exhibition a success for the second year in a row.

The exhibition organizers worked hard to highlight the charming beauty of Syria’s nature and its ancient civilization and how the terrorist war has sought to undermine the country and obliterate its identity.