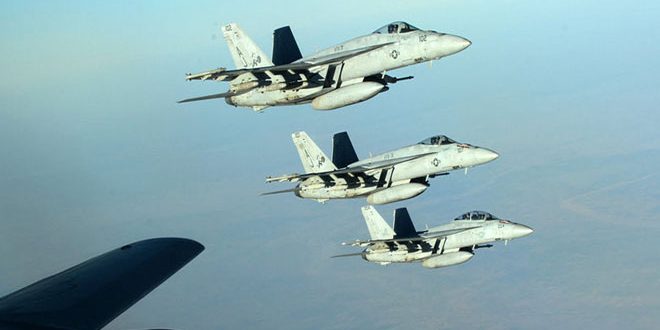 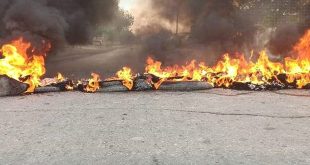 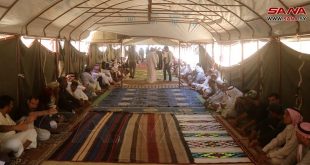 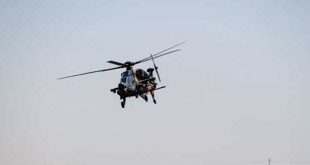 Deir Ezzor, SANA- At least 62 civilians were martyred in three new massacres  committed by the US-led international coalition in the villages of al-Suseh and al-Bubadran in al-Bukmal region in Deir Ezzor southern countryside.

Civil sources told SANA that aircrafts of the US-led coalition, over the past 24 hours, launched airstrikes on al-Alyat area in Al-Suseh village, al-Boukamal countryside, claiming the lives of 15 civilians, mostly children and women.

The source added that 37 civilians were also martyred as dozens were injured in the airstrikes of the coalition raids on the mosque of Othman bin Affan.

The third airstrike by the US-led coalition, according to the sources, targeted Ammar bin Yasser mosque in the village of al-Boubadran, claiming the livers of 10 civilians and wounding others.

The sources said that the death toll is likely to rise as most of the wounded sustained serious injuries and the difficulty of being evacuated from the rubble of  houses destroyed by the airstrikes.

Since it was illegally formed outside the jurisdiction of the U.N. Security Council in 2014, under the pretext of fighting ISIS, the alliance has been committing massacres against innocent civilians, killing hundreds of people and injuring others.

On Saturday, Oct. 13, the US-led coalition lunched airstrikes with the internationally-banned white phosphorus bombs on Hajin city in Deir-Ezzor southeastern countryside, claiming the lives of a number of civilians.