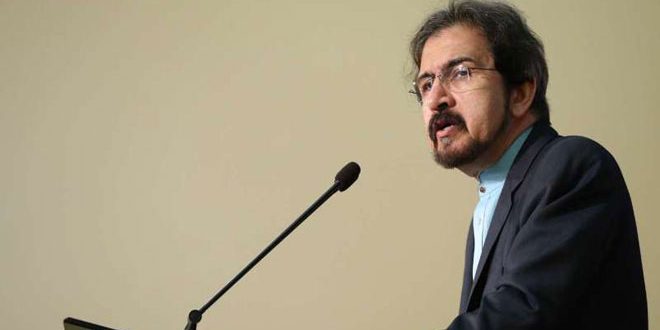 Tehran, SANA- Iranian Foreign Ministry Spokesman Bahram Ghasemi stressed that the US presence in Syria without the approval of its government is illegal and completely contradicts with the international laws and resolutions, indicating that Iran fully rejects it.

During his weekly press conference, Ghasemi said that Washington works on undermining the security and stability in Syria through its illegitimate military presence to the east of the Euphrates driven by its expansionist schemes.

He added that the US must get out of Syria, indicating that it helps terrorists whose truth has been divulged to a large extent.