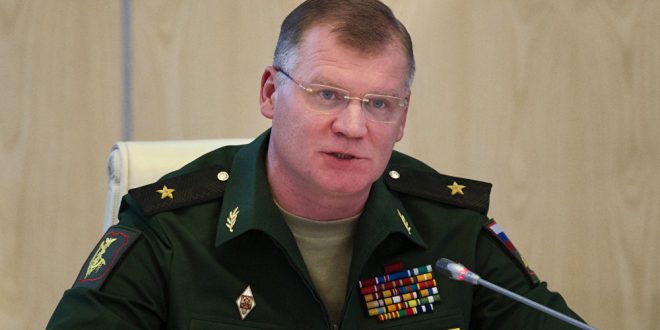 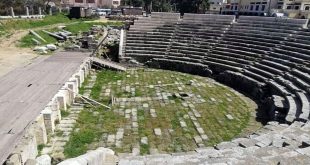 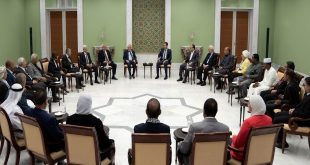 Moscow, SANA – The Russian Defense Ministry held the Israeli entity accountable for the destruction of the Russian aircraft in Syria.

Russian Defense Ministry Spokesman Major General Igor Konashenkov told reporters on Tuesday that “The Israeli pilots used the Russian plane as cover and set it up to be targeted by the Syrian air defense forces. As a consequence, the Il-20, which has radar cross-section much larger than the F-16, was shot down by an S-200 system missile.”

He added that 15 Russian military service members have died as a result.

He pointed out that the Israeli aviation control systems and pilots knew that the Russian plane was present in the area, but this did not stop them from executing “the provocation.”

He considered the Israeli provocation “an act of hostility, as the illegal practices of the Israeli pilots killed 15 Russian servicemen, saying that Moscow reserves the right to respond accordingly.

Later, the Russian Defense Ministry said that the bodies of the crew of the downed Il-20 and their personal belongings, as well as the wreckage of the aircraft, have been located and pulled up on board the Russian ships off the Eastern Mediterranean.

“Eight ships, including Russian Naval cutters and supply vessels, are participating in the operation to locate the crew of the Russian Il-20 aircraft which crashed off the coast of Lattakia,” the ministry said, adding that the location of the plane’s crash is found 27 kilometers to the west of Banyas town.

Russian Defense Minister Sergey Shoigu has held Israel fully accountable for the crash of the Russian aircraft and the death of its crew.

According to the ministry, Shoigu talked via phone with his Israeli counterpart Avigdor Lieberman earlier in the day.

The Russian Foreign Ministry said that it had summoned the Israeli Ambassador to Russia over this incident.