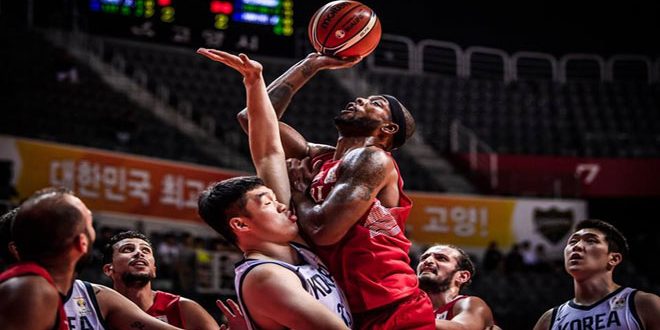 Pyongyang, SANA- Syria men’s basketball team on Monday lost to south Korea 66-103 in the second round of the second phase of FIBA Basketball World Cup 2019 Asian Qualifiers due to be held in China. Syria men’s basketball team played six matches in the first phase of the Qualifiers, in which they won two matches and lost four.