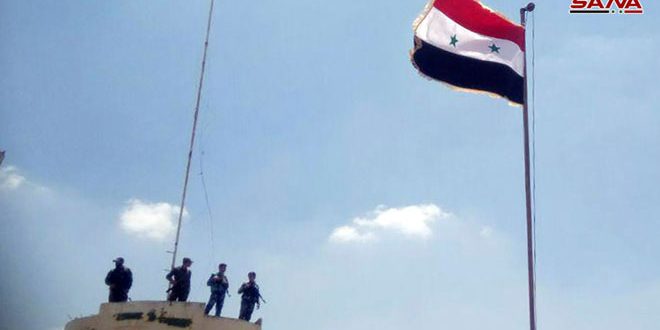 Daraa, SANA-A popular gathering took place in Al-Moseifera town in Daraa eastern countryside celebrating the victories of the Syrian Arab Army, which is closer than ever to declaring the province free of terrorism. 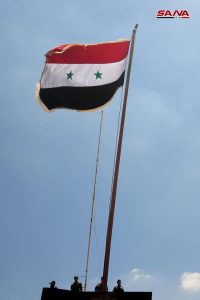 The locals in the town hoisted the national flag over the Martyrs Square after liberating the town by the army units and returning the police units to it, paving the way for the return of basic services and state institutions.

The locals expressed their relief over the return of safety and stability to the town after eliminating terrorists from it, renewing support for the reconstruction process.

Speaking to journalists, Daraa governor Mohammad Khaled al-Hannous affirmed the importance of the participatory work between the state and the local community in the reconstruction field, the return of the state institutions, and the fight against Takfiri thought which the terrorists tried to spread.

Army units restored safety and security to al-Moseifera town, 25 km to the east of Daraa on July 2nd 2018 after fierce battles with terrorist organizations.