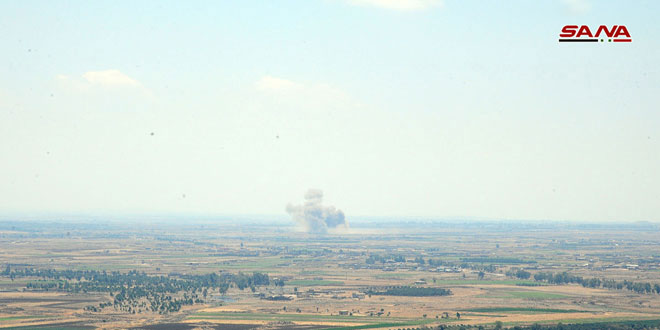 SANA’s reporter said that army units launched accurate operations from Jileen town and its surrounding after intensive bombardment of terrorists’ dens and gatherings. Then heavy clashes erupted among army units and terrorist 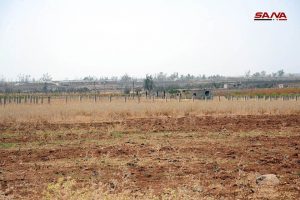 groups which used various types of machine guns, missiles and snipers in a failed attempt to prevent the advance of the army units which reached the outskirts of the town and its northern part in the direction of al-Mazira village.

The reporter added that scores of terrorists were killed and others injured due to the clashes as their fortified points were destroyed.

Later, a military source told SANA that units of the army continued their military operations against Daesh terrorist organization in the southern area, establishing control over a number of villages and towns to the north-west of Daraa and south east of Quneitra.

Among the villages and towns liberated were Khan Seida, Basala, Ayn Qadi, al-Hanout and Abou Hartin.

The source added that the engineering units began opening roads in the said villages after removing and dismantling mines and bombs there.