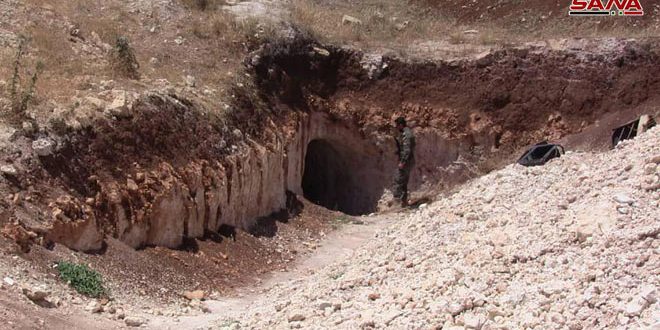 Homs, SANA – Authorities discovered a tunnel network left behind terrorists in the areas of al-Saan and Hosh Hajjo to the east of Talbisseh in the northern countryside of Homs.

SANA reporter in Homs said Tuesday that authorities discovered during inspection operations in al-Saan and Hosh Hajjo to the east of Talbisseh area in Homs a tunnel network that was used by terrorists for moving and infiltration to attack military posts and safe villages and towns in the neighboring areas.

Different types of explosives, mines and ammunition were found inside the tunnel.