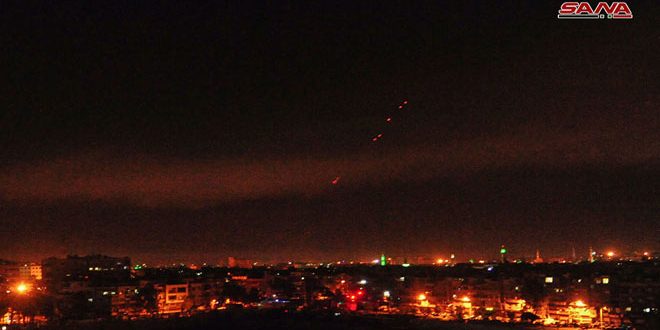 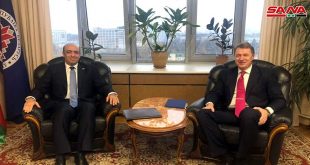 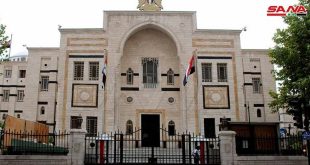 Moscow, SANA – Belarusian Foreign Ministry strongly condemned the US-British-French tripartite aggression on Syria today at dawn.
In a statement issued Saturday, Belarusian Ministry called upon all relevant sides to promptly stop using military force against other states and to find out other means for settling the crisis in a peaceful way.
The Ministry pointed out that any steps to respond on the use of chemical weapons should rely on unambiguous facts as they should by implemented in accordance to criteria of international law, pointing out that these criteria were not taken into account during the aggression on Syria.
The Ministry stressed on the necessity that the Organization for the Prohibition of Chemical Weapons (OPCW) investigates the allegations on the use of chemical weapons in Syria.
H. Zain / R. Milhem

Belarus tripartite aggression 2018-04-14
Rasha milhem
Share
Previous Putin: The Western strikes on Syria constitute an aggression against an independent state that is standing in the frontline in combating terrorism
Next Putin: Moscow calls for an urgent session of the UNSC to discuss the US and its allies’ aggression on Syria