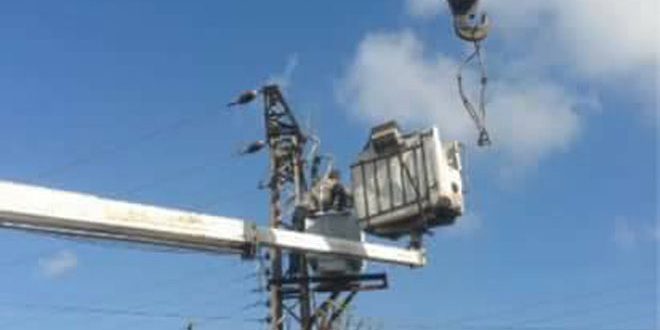 A source at Daraa General Electricity Company told SANA that the terrorist sniper fires targeted on Thursday the electricity workshops which are preparing the kilo voltage line that supplies electricity to al-Ajmi power plant in Dael city , adding that two workers were injured during the terrorist attack.

The source added that the terrorist groups are attempting to prevent the company to connect the power line to the al-Ajmi plant which supplies electricity to al-Ashaari projects.