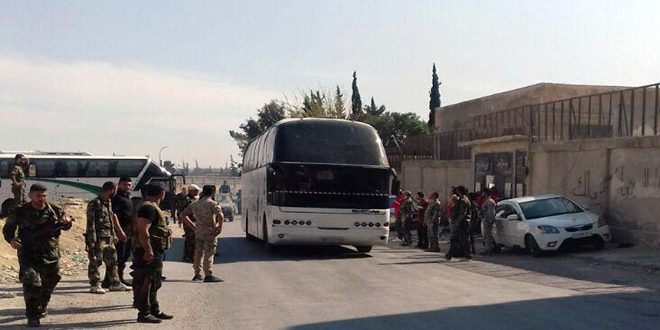 Damascus Countryside, SANA- The process of evacuating “Failaq al-Rahman” terrorists from Douma city in Eastern Ghouta to Idleb began around noon on Sunday, and there is information about reaching an agreement for having “Jaish al-Islam” terrorists exit Douma to Jarablos. 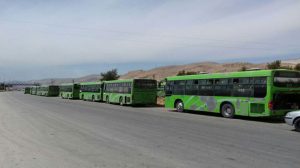 the safe corridor leading to al-Wafidin Camp in preparation to enter Douma and begin transporting Failaq al-Rahman terrorists to Idleb.

The correspondent said that an agreement was reached to have Jaish al-Islam leave Douma and go to Jarablos, while those who remain will have their legal 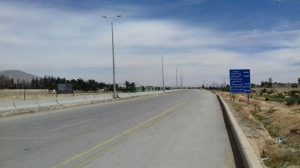 status settled and the state establishments will return in full to Douma city.

The agreement also stipulates for the terrorists to turn over all civilian and military abductees and the bodies of martyrs, along with handing over their heavy and medium weapons to the state, the correspondent added.