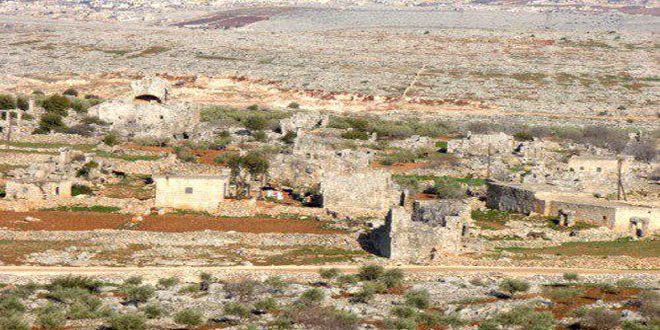 Damascus, SANA- Warplanes of Turkish regime destroyed the archaeological site of Brad to the south of Afrin city in northern Aleppo.

General Director of Antiquities and Museums Mahmoud Hamoud told SANA that the Turkish raids on the archaeological site on Wednesday led to the destruction of many important archaeological buildings, including the tomb of St. Maron and the Julianos Church, one of the oldest Christian churches in the world which was built at the end of the 4th century AD.

The site is home to many Byzantine churches and monasteries, as well as a temple, a bath, houses, mills and a cemetery, all dating back to the Roman era during the 2nd and 3rd centuries AD.

Hamoud urged “the international organizations concerned which registered these sites on their lists to do their moral and human duty to condemn the Turkish aggression on the sites of the Syrian heritage and expose it to the world.”

Since the beginning of its assault on Afrin city, Turkish forces have vandalized a number of archaeological sites in the area.