Over 6000 civilians exit Ghouta through safe corridors, the exit of besieged civilians continued 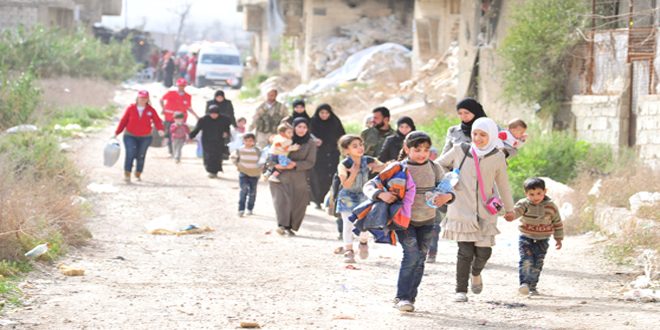 Damascus countryside, SANA- Units of Syrian Arab Army on Thursday secured the exit of hundreds of civilians held by the terrorist organizations at the northern part of eastern Ghouta in Damascus countryside through the safe corridor leading to al-Wafedeen camp.

SANA reporter said that over 6000 civilians, mostly women and children who were held by the terrorist organizations in Eastern Ghouta arrived to the last point of al-Wafedenn camp corridor where the army units, provided them with their needs.

The army units, in cooperation 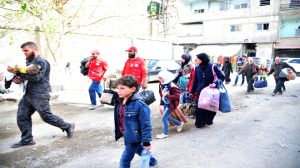 with the Syrian Arab Red Crescent (SARC), transported them to al-Faihaa Hall in Damascus.

A number of evacuated civilians said that hundreds of families inside Ghouta are still besieged and trying to leave, as the terrorist organizations use them as hostages and human shields.

The correspondent added that scores of families have exited across Hamouriya corridor where the army units and SARC personnel received them and provided their need and basic materials.