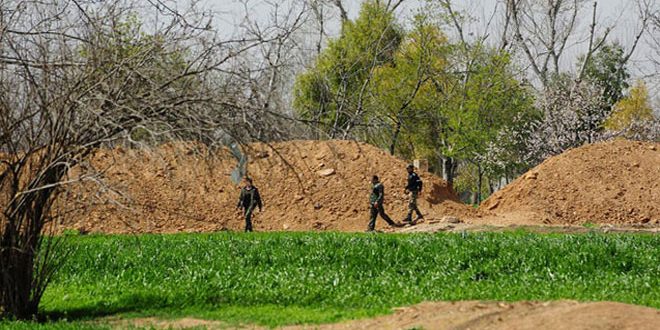 Damascus Countryside, SANA – Syrian Arab Army units on Monday regained full control over the village of Aftris as part of the ongoing military operations to eradicate Jabhat al-Nusra and its affiliated groups from Eastern Ghouta area in Damascus Countryside.

SANA’s reporter in Ghouta said that army units operating in the southern sector of Ghouta have regained control over Aftris village after fierce battles with terrorist organizations that suffered heavy losses in ranks and equipment.

Army units immediately began sweeping operations in the village, as they fortified the military posts in it to serve as a stepping stone for the expansion of operations against terrorists in the town of Jisreen and the neighboring area, the reporter added.