2 martyred, 3 injured in shelling attacks on Damascus and its countryside 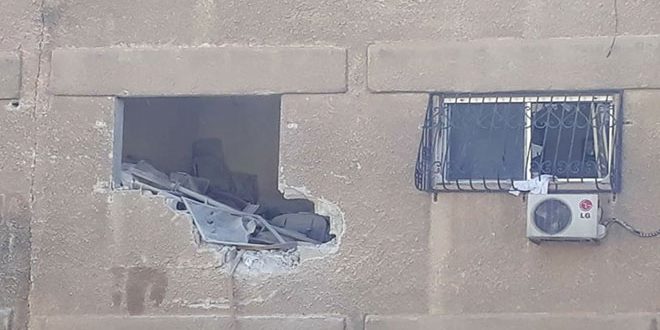 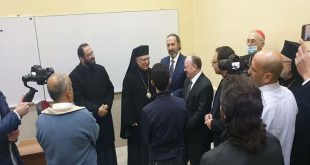 Damascus Countryside, SANA- Two civilians were martyred and three others were injured as terrorists fired 24 shells on residential neighborhoods in Damascus and its countryside.

A source at Damascus Countryside Police Command said that two civilians, a woman and a child, were martyred and three others, two women and a child, were injured by five shells fired by terrorists from Jabhat al-Nusra and affiliated groups on Jaramana city on Friday.

The shelling attacks, according to the source, caused only material damage to the hospital and citizens’ houses.

Meanwhile, a source at Damascus Police Command said that thirteen shells fired by terrorists fell in the neighborhoods of Bab al-Salam, al-Qasa’a, Bab Touma, al-Shaghour, and al-Mazra’a, along with a another shell that fell in the surroundings of al-Tahrir Square, causing material damage.

On Thursday, three persons, including a woman, were injured as material damage to the houses and properties was caused due to Janhat al-Nusra terrorist attack with 18 shells on al-Shurta (police) and Al-Biruni hospitals, Jaramana city, the al-Qazzaz area, the Jewish quarter, Ruken Eddin, Sheikh Ibrahim, al-Qaboun neighborhood, Abu Jarash and in the vicinity of the Abbasiyyin bus station.