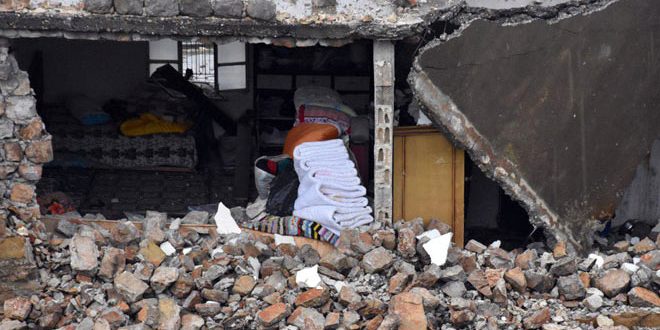 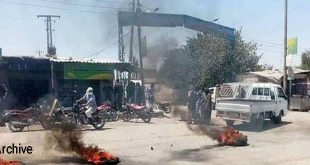 Aleppo/Hasaka, SANA – The Turkish regime’s forces and its mercenary terrorist groups continued their aggression on Afrin area, targeting with different type of weapons villages and towns, which resulted in injuring and martyring 23 civilians at least.

Civil sources asserted that the Turkish regime committed a new massacre in Jandairis town, stating that as a result of the intensive shelling, medical crews and the civil defense were unable to count the number of victims or to offer any help to the wounded.

The sources pointed out that at least one woman was martyred, another civilian was injured, and huge destruction was caused to properties as a result of the Turkish regime’s aggression and its violent shelling of Tal Aswad.

Later, SANA’s reporter in Aleppo said that two civilians, a girl among them, were martyred and eight others were injured as a result of Turkish attack with shells on Frirya village in Afrin area.

Three civilians were injured due to a Turkish attack with shells on a residential neighborhood in Qamishli city near the Syrian-Turkish borders.

Material damage was also caused due to the attack.