Update-One civilain killed, 22 others injured in attacks by armed groups on Damascus, Daraa and Quneitra 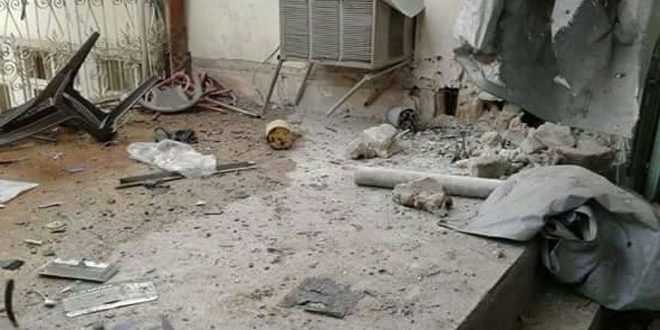 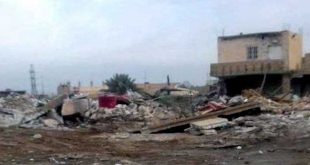 Provinces, SANA –A woman was killed on Wednesday while 22 persons were injured in fresh attacks by armed groups on different Syrian regions.

In Damascus, nine civilians were injured when armed groups fired 22 mortar shells on several neighborhoods in a new violation of the de-escalation zones agreement in Eastern Ghouta.

A source at Damascus Police Command told SANA that armed groups positioned in Eastern Ghouta fired a number of mortar shells on Bab al-Salam neighborhood in Old Damascus, injuring a number of civilians and causing material damage to citizens’ houses and their properties.

The source added that a number of civilians were injured when the armed groups targeted al-Ghassani neighborhood in Damascus with mortar shells.

They fired two mortar shells on the neighborhoods of Saba Bahrat and Abu Rummaneh in the Capital, causing material damage to public and private properties.

The source added that 19 various types of shells, fired by the armed groups, landed on the surroundings of Harasta residential suburb, causing only material damage.

Meanwhile, the Syrian Arab Army units responded to the attacks by targeting with precise strikes the areas from which shells were fired, destroying a number of rocket launchers and fortified positions and inflicting heavy losses upon the armed groups.

ِA woman was killed , 13 civilians were injured by armed groups’ rocket attacks on residential neighborhoods in the cities of Daraa and Izraa in a new violation of the de-escalation zones agreement in the southern region.

A source at Daraa Police Command told SANA that armed groups fired a number of rocket shells on the residential areas in Izraa , killing one woman and injuring a girl, in addition to causing material damage to citizens’ houses and shops.

Earlier, armed groups positioned in Ibta’a town targeted with a number of rocket shells the city of Izraa, injuring 3 children and causing material damage to properties.

SANA’s reporter said that armed groups positioned in a number of neighborhoods in Daraa al-Balad fired rocket shells on al-Kashef, Shamal al-Khatt, al-Sahara, and al-Matar neighborhoods, injuring 8 civilians, including a number of women.

The reporter added that the terrorist attack caused material damage to houses, properties, and public facilities.

He  said that in response to the attack, a Syrian Arab Army unit targeted the area from which the shells were fired, destroying a number of rocket launchers.

On the other hand, Jabhat al-Nusra terrorists targeted with two shells al-Baath city and its surroundings in Quneitra province.

SANA’s reporter said that Jabhat al-Nusra terrorists positioned in some areas in the western countryside of Quneitra fired a mortar shell on al-Baath city, which landed in an agricultural field.

The reporter added that another artillery shell fell in an agricultural land in the surrounding of Tel al-Shaar area, causing material damage to the crops.

2018-02-21
Rasha milhem
Share
Previous Turkish regime continues its aggression on Afrin for 33rd consecutive day, 5 civilians injured
Next Ryabkov criticizes US and other countries’ double standards towards situation in Syria 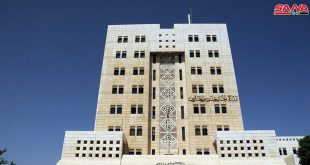