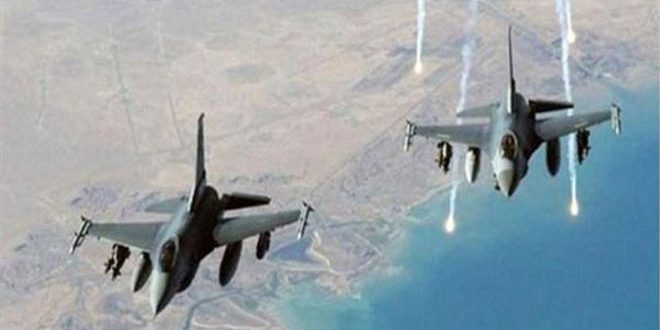 Deir Ezzor, SANA- Forces of the US-led “international coalition” have targeted popular forces that were fighting Daesh (ISIS) terrorists and Qasad groups in Deir Ezzor countryside in an attempt to support terrorism.

SANA’s reporter in Deir Ezzor said that forces of the US-led coalition on Wednesday midnight attacked popular forces that were fighting Daesh terrorist organization and Qasad groups between the villages of Khsham and al-Tabyia in Deir Ezzor northeastern countryside, leaving scores of persons killed and others injured.

In the same context, Russian Defense Ministry declared that the coalition forces’ aggression showed once again that the real objective of the illegal presence of the US forces in Syria is not actually fighting against Daesh (ISIS) rather it is to seize and take over the economic assets that belong to the Syrian Arab Republic.

The Ministry, in a statement, affirmed that there are no Russian military personnel in that particular area of Deir Ezzor.