Medical situation in Afrin worsens due to the continued Turkish aggression 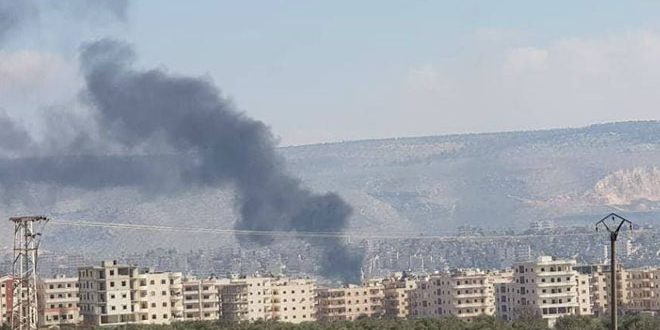 Aleppo, SANA- As the Turkish aggression on Afrin area entered its twelfth day, the medical situation in the city is getting worse as the medical materials are running out of the hospital which has received dozens of victims during the aggression.

Medical sources at Afrin Hospital appealed to the international community to stop the aggression of the Turkish regime, warning of the consequences of a humanitarian disaster.

The sources said that the villages of Baflona, Taliet Kafri and Hamam were subjected to the Turkish bombardment which caused material damage to citizens’ properties and the infrastructure.

During the past few hours, the Turkish forces also shelled the archaeological sites in al-Nabi Hori, Khirbet Kulah, Qibli and Ayn Dara.