9 killed, 21 others injured in shelling attacks in Damascus 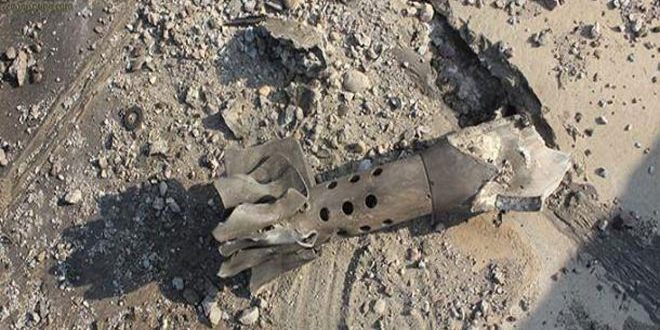 Damascus, SANA – Nine civilians were killed and 21 others were injured when armed groups fired shells on Bab Touma neighborhood in Damascus in a new breach of the de-escalation zone agreement in Eastern Ghouta.

A source at Damascus Police Command said that the armed groups positioned in some areas of the Eastern Ghouta in Damascus Countryside fired a number of shells on the neighborhood of Bab Touma, one of which landed on a bus station, claiming the lives of nine civilians and injuring 21 others, some of them are in critical condition.

Material damage was also caused to public and private properties when a number of shells fell in al-Qass’a and al-Shaghour areas, the source said.

In response to the attacks, army units directed precision strikes on the areas from which thhe shells were launched, destroying a number of launching pads and inflicting losses upon the armed groups.