Lavrov: We will continue counter-terrorism efforts in Syria 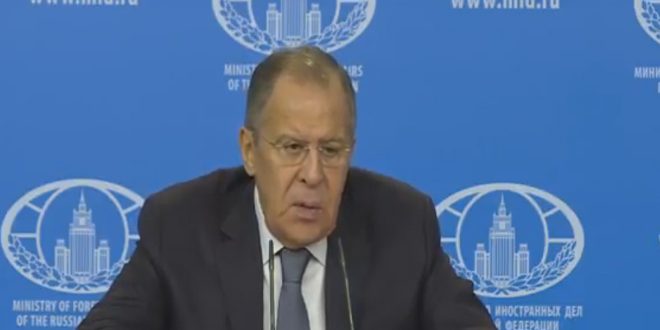 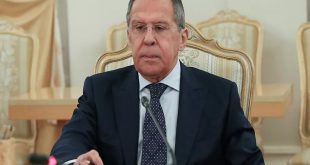 Moscow, SANA- Russian Foreign Minister Sergey Lavrov said that his country will carry on with counterterrorism efforts in Syria in parallel with the preparations for holding the Syrian National Dialogue Congress in the Russian city of Sochi.

In a press conference held in Moscow on Monday, Lavrov asserted that Russia will go ahead in combating terrorism and the success achieved in Syria, adding that the next stage is going to be the political settlement, as Russia and its partners are preparing for the Syrian National Dialogue Congress in Sochi with the participation with all parties in Syria in accordance with UNSC Resolution No. 2254.

“We have moved to the Astana process after the US administration failed to separate terrorists from the opposition, and this process has encouraged the UN action which has not achieved anything for ten months before the Astana meetings had begun,” he said, clarifying that the Astana meetings have resulted in the establishment of de-escalation zones including Eastern Ghouta and Idleb, which are still active in spite of some violations.

Lavrov noted that Turkish guarantor had signed the de-escalation zones agreement on behalf of the “opposition” that attacked Syrian forces and even Russian forces in Hmeimim, all while the West tries to claim that the Syrian government is breaching the agreement in Idleb, while the reality is the exact opposite.

The Russian Foreign Minister said that the Western media outlets and politicians are working on exaggerating the issue of Eastern Ghouta in Damascus through claiming that the Syrian government is the side which is launching the military operation there, while it is actually a response to the attacks launched on Damascus by the armed groups in Eastern Ghouta including the Jabhat al-Nusra terrorists.

Lavrov stressed that the USA does not intend to preserve the unity of the Syrian territories, pointing out that it announced yesterday that it is working with the SDF groups to form border areas between Syria, Iraq, and Turkey controlled by groups affiliated to it, describing this as a dangerous step that may lead to the division of Syria, and Moscow is waiting for an explanation by Washington about that. 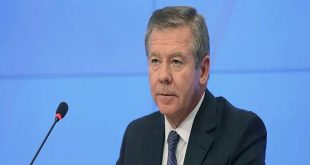