Egyptian FM: No military solution to crisis in Syria 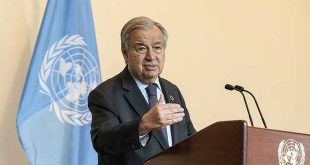 Cairo, SANA – Egyptian Foreign Minister Sameh Shoukry on Sunday stressed that there is no military solution to the crisis in Syria, and that the only solution is through political and peaceful means.

In a speech during the plenary session of the Arab League Council, at the level of Foreign Ministers, Shoukry said Cairo has always stressed that there is no military solution to the crisis in Syria and that there is a need to reach a peaceful and political solution that would end the suffering of the Syrians, achieve their aspirations and preserve the unity of the country and the coexistence among its spectrum.

He highlighted that Egypt condemns all forms of terrorism practiced by the Islamic State in Iraq and Syria (ISIS) and other terrorist organizations which cloak by religion to commit savage acts against innocent people in Syria and Iraq.