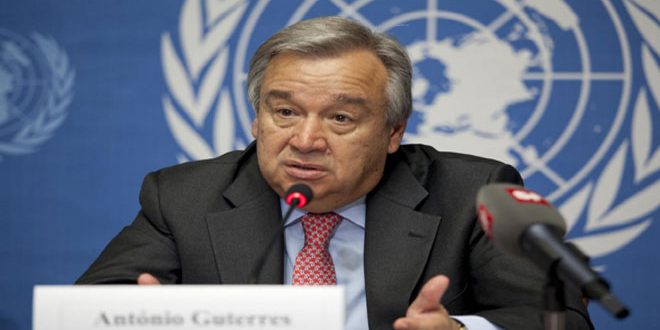 Tokyo, SANA-United Nations Secretary-General, Antonio Guterres, said Thursday that Astana meetings on the crisis in Syria played a positive and significant role in solving the crisis through reaching the agreement of de-escalation zones in the country.

“Astana played a positive and significant role in easing tension,” the UN Secretary General said, adding that we should work on developing the situation through holding talks and we will not give up till achieving that.

Astana hosted seven rounds of intra-Syrian dialogue, as the last round was concluded on October 31st. on Tuesday, the Kazakh Foreign Ministry announced that the 8th round of Astana meeting will be held on 21-22 of the current month.