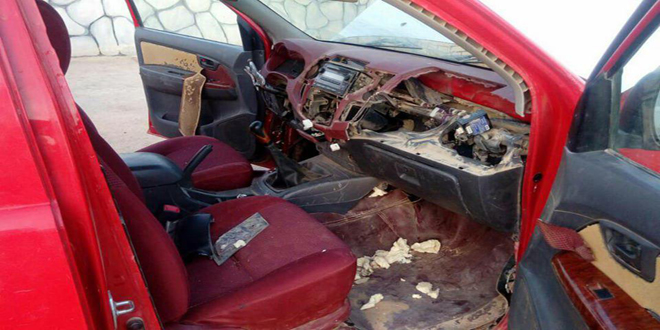 Homs, SANA – Authorities foiled a terrorist attack launched by Daesh (ISIS) on a  military posts in al-Sukhnah in the eastern part of Homs countryside.

SANA’s reporter in Homs said that authorities in Palmyra were able to destroy a car bomb loaded with a large amount of explosive materials deployed by Daesh before reaching one of the military points in the vicinity of al-Sukhnah city in the eastern countryside of Homs province.

In a relevant context, authorities intercepted 6 Daesh terrorists, two of them suicide bombers, while attempting to sneak through one of the military checkpoints near al-Sukhnah.