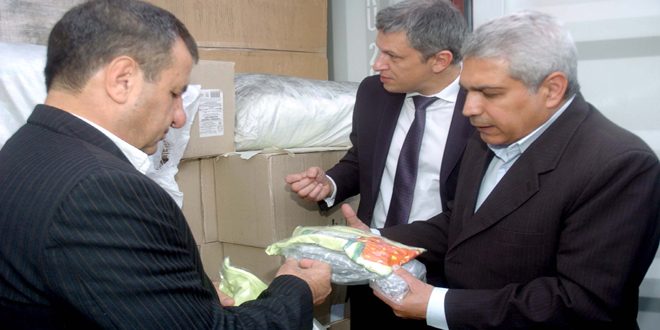 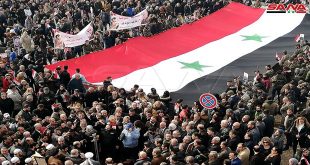 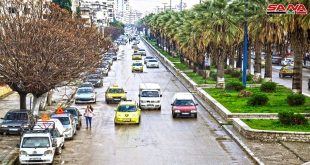 Lattakia, SANA – Lattakia Governorate received on Friday a new batch of aid from the Belarusian people, which had arrived earlier in Lattakia port.

The aids includes canned food and foods for children, in addition to 2500 pieces of clothes and other relief materials that will be distributed among hundreds of families affected by terrorism in Lattakia, Damascus, and Homs.

Lattakia Governor Ibrahim Khudr al-Salem said “This is not the first time that the Republic of Belarus offers aid for the Syrian public. Such steps strengthen the relationship between the peoples of the two countries and their shared position against international terrorism.”

The Governor pointed out that the relations between the two countries cover many domains including transportation, economy, health, and the participation in rebuilding Syria.

In turn, the Belarusian Ambassador Alexander Ponomarev indicated that the Belarusian people and government are committed to providing aid to the Syrian public as an expression of their support, adding that the distribution of aid will start in days through systematic campaigns.

Ponomarev also said that a new batch of aid will arrive to Syria soon. 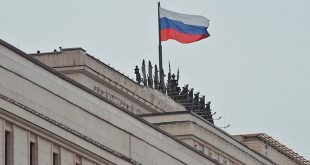