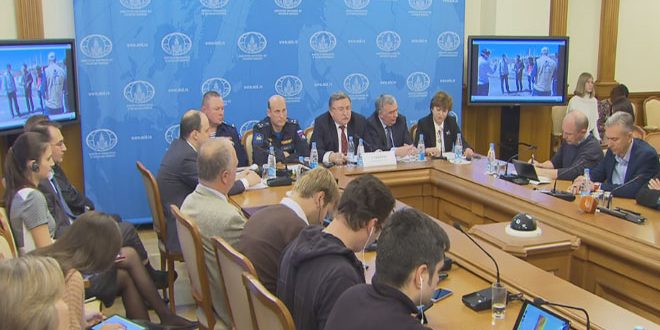 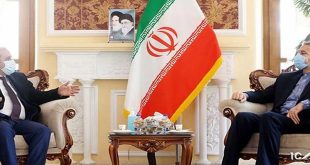 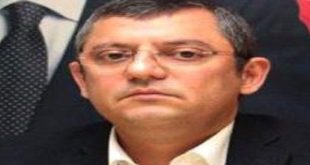 Moscow, SANA – Russia said the report of the UN and the Organization for the Prohibition of Chemical Weapons (OPCW) Joint Investigative Mechanism (JIM) on Khan Sheikhoun incident is superficial and that its evidence is unconvincing, describing what happened in Khan Sheikhoun was a “theatrical show”.

“Of course we expected that the mechanism and the OPCW fact-finding mission would ensure a completely unbiased and a highly professional manner of investigation to decidedly and conclusively establish the guilty party. I shall say straight away that these expectations were not met,” the head of the Non-Proliferation and Arms Control Department of the Russian Foreign Affairs Ministry Mikhail Ulyanov said at a joint news briefing by Russia’s Foreign Ministry, Defense Ministry and Industry and Trade Ministry in Moscow on Thursday.

“The investigation … was carried out remotely in New York and Hague offices, as well as on the territory of one of the countries bordering Syria. This could not help but affect the quality of the investigation, which turned out to be extremely low,” he said.

He added that when experts finally did arrive, they refused to take samples, noting that Moscow suspects “sabotage” in the work of the experts.

“Actually, this is a scandal: this is an attempt to mislead the international community,” he told reporters.

The report into the chemical attack contains words “supposedly,” “likely,” etc, which mean that the findings of the document can be questioned, according to Ulyanov.

After studying the materials submitted, one can see several aspects that do not allow making a conclusion that chemical weapons in the form of an air bomb were used from a Su-22 aircraft of the Syrian Air Force.

Ulyanov explained that if the plane flew according to the path recorded by the United States, it was impossible that it would bombard in Khan Sheikoun area.

He added that Russia’s analysis of the photos and videos shows that the investigative mechanism would have ignored the idea that what happened in Khan Sheikhoun was a “theatrical show”.

He pointed out that the crater in Khan Sheikhoun was rectangular, while an airdrop bomb would have left an elliptical or round hole. Also, the asphalt on the site of the explosion had been pressed inside the crater.

“This evidence is convincing enough to conclude that at the moment of the explosion the bomb was static and lying on the asphalt surface,” he said.

A munition on a photo from a report by the OPCW on the incident in Syria’s Khan Sheikhoun was an improvised charge made of a water-supply pipe, according to the Ulyanov.

“All aviation bombs are made of highly alloyed steel, which bursts into small fragments when an explosive is detonated inside the bomb. On this photo, they show us as the bomb remainder an incomprehensive metal sheet that has typical folds and ruptures, which suggests that the metal is quite plastic and this is evidence that the munition was an improvised charge made of a water-supply pipe,” he added. 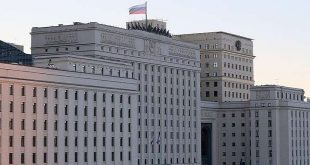