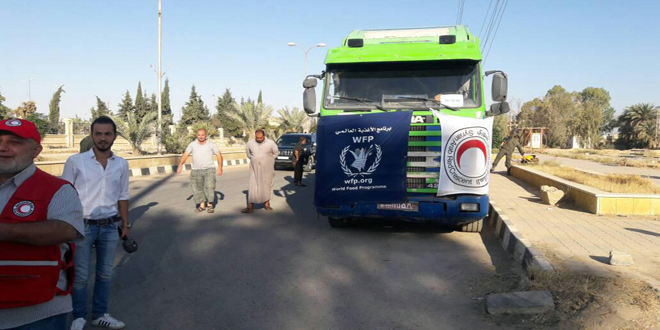 Lattakia, SANA – A new batch of medicines provided by the Russian Federation arrived in Deir Ezzor city to support the hospitals and health centers there.

Spokesman for the Russian Coordination Center based in Hmeimim said that the center’s staff delivered a package of medicines to the city of Deir Ezzor as a first batch of medical aid to it after the Syrian Arab Army and its allies broke the siege imposed on the city on the 5th of September.

The spokesman said that the batch included antibiotics, antipyretics, cardiovascular disease medicines and medicines for children.

Russia is keen to support the efforts of the Syrian government in the field of relief and humanitarian assistance in the various Syrian provinces in cooperation and coordination with the concerned authorities in Syria to ensure that aid reaches the beneficiaries.