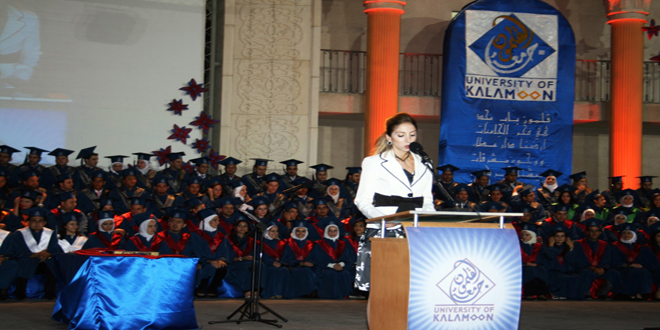 Damascus, SANA – An exceptional model embodied by the young plastic artist, Massa Abu Jeib, who has been chosen lately as one of the world’s ten most distinguished youths within the “Ten Outstanding Young Persons of the World (TOYP)” which is organized by the Junior Chamber International (JCI).

Massa has a creative sensation that made her reach this status, represented by a number of initiatives for children and loaded with the values of love, peace and effective human action. 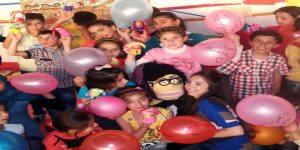 209 participants from different countries to be selected among the ten most distinguished youths in the world and win the first place in the category of “supporting children, world peace and human rights” in recognition of her efforts in artistic creativity to serve children and peace.

She will be honored in the JCI World Congress, that is due to be held in Amsterdam city on November 6-10.

Since her graduation from the Faculty of Fine Arts at the University of Damascus, Massa’s work focused mainly on the psychological support of children, especially those affected by the terrorist war on Syria, before moving these creative initiatives abroad to provide an example to be followed by the creative national youths.

Speaking to SANA, Massa said that “art is not only an aesthetic pleasure, but a human message 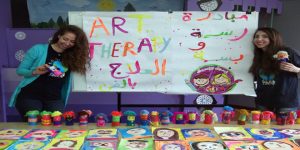 ” that carries with it the goodness and tenderness and seeds of peace for the happiness of the children and drawing a smile on their faces.

Artist Massa holds a license from the Faculty of Fine Arts at Damascus University (2001) and a Diploma in French Language from the Ministry of Higher Education in Paris (2004) and an academic certificate from the Medina Theater in Beirut in the techniques of making puppets and shadow games. She is a member of the Syndicate of Fine Artists in Syria.

During her studies in the United States of America, she received a certificate from Georgetown University in 2016 for leadership and provided research on the role of art in treatment and change and its reflection on children.