Lavrov: use of chemical weapons in Khan Sheikhoun flagrant provocation 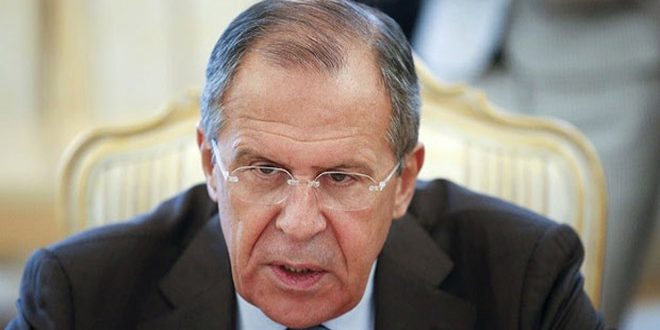 Moscow, SANA- Russian Foreign Minister Sergey Lavrov informed his French counterpart Jean-Marc Ayrault, in a telephone call on Wednesday that Russia affirms the use of chemical weapons in Khan Sheikhoun is a flagrant provocation which aims to undermine the cessation of hostilities and the political solution in Syria.

“During the phone call, Lavrov reiterated his country’s criticism of the US aggression on Syria, adding that the hostile acts launched by the US through attacking a sovereign country have made a deep concern,” Russian Foreign Ministry said in a statement.

It went on to say that Lavrov said that Russia always calls for respecting the international law, including non-interference in the domestic affairs of a UN member state. .

Lavrov: use of chemical weapons in Khan Sheikhoun flagrant provocation 2017-04-19
m.eyon
Share
Previous 131 persons of Kafraya and al-Foua’a arrive in Aleppo
Next Tehran: Experts’ meeting among Russia, Iran and Turkey discussed cessation of hostilities in Syria