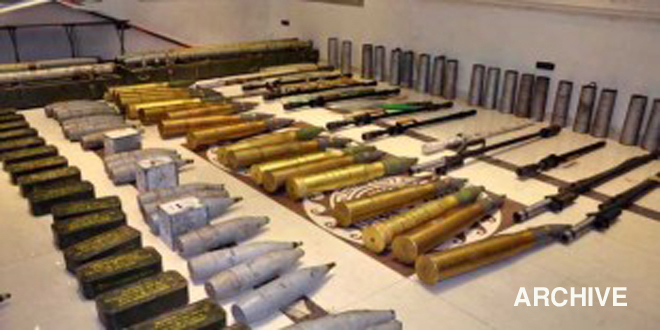 Hama/Lattakia, SANA – Authorities in Hama and Lattakia provinces seized large amounts and weapons which were meant to be smuggled to terrorist organizations in the northern countryside of Hama and Lattakia.

SANA’s correspondent that the authorities in Hama and Lattakia, in cooperation with locals and after surveillance and investigations, seized large amounts of weapons that were to be smuggled to terrorists in the northern countryside of the two provinces.