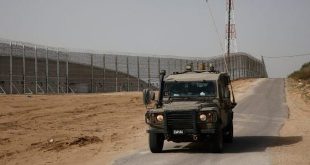 Moscow, SANA-Ambassadors and heads of Syrian, Iranian and Latin American diplomatic missions in Russia stressed their country’s support to the Palestinian people against a brutal Israeli aggression.

The ambassadors and heads of diplomatic missions laid wreathes and lit candles beside a mural at the Palestinian embassy in Moscow, in a show of support to the Palestinians who lost their lives in the ongoing Israeli aggression on the Gaza Strip.

Dr. Riyad Haddad, Syria’s ambassador in Moscow, said the aggression against the Gaza Strip is a clear indication of one scheme targeting the countries of the Arab nation “which uses the Israeli terrorism as is the case in Gaza and the terrorism that was exported to Syria from as many as 83 countries around the world.”

“It is one plan…one purpose,” he added.

The aggression, which has directly targeted women, children and the elderly, as well as hospitals, mosques and infrastructures, has not fulfilled Israel’s strategic goals, ambassador Haddad stated.

“This scheme has fallen by the wayside thanks to the steadfast Palestinian resistance,” said the ambassador, expressing confidence that Israel “won’t have its way neither by force nor by negotiations.”

Ambassadors of  Bolivia, Venezuela, Nicaragua, Ecuador, Cuba and deputy ambassador of Iran lashed out at the aggression, expressing their countries’ support to the struggle of the Palestinian people and firm condemnation of the Israeli aggression.

Deputy ambassador of Iran, for his part, urged the free world to back the steadfastness of the Palestinian people who are facing a barbaric aggression.

“We are living in a world where the rights of animals are observed, while no word is uttered in defense of the Palestinian people’s right to live,” he added.

Israel has started an aggression against the Gaza Strip on July 7, leaving as many as 1, 950 Palestinians dead and up to 10,000 wounded.