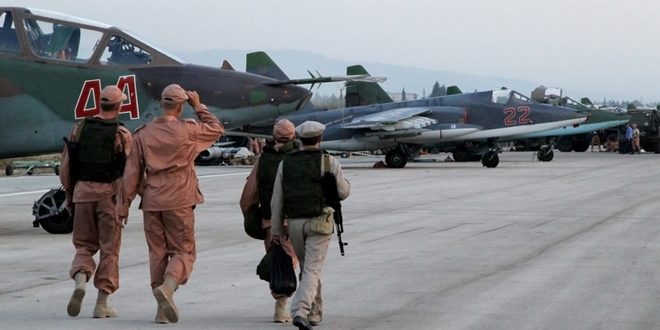 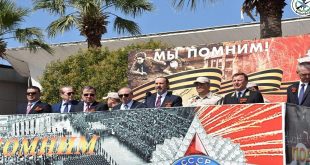 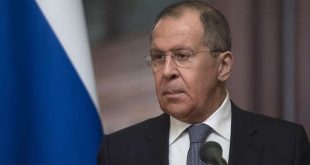 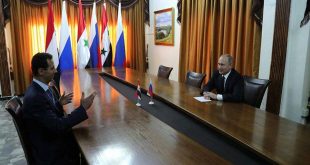 Presidents al-Assad and Putin meet at Hmeimim base

Moscow, SANA – A Russian military source announced on Friday that Russia sent an additional number of bombers to the Hmeimim air base in Lattakia.

Izvestia daily quoted the source as saying that an extra number of Su-24 and Su-34 bombers has been sent to Hmeimim base, used by the Russian Air Force in the fight against terrorism in Syria.

Su-25 fighter-bombers have been prepared to head for Syria, the source added.

Kremlin Spokesperson Dmitry Peskov stressed on Thursday that Russia will continue fighting terrorists and supporting the Syrian army in this regard.

Hmeimim base Russian bombers 2016-09-30
h.said
Share
Previous 13 civilians killed, 43 others injured due to terrorist rocket attacks on Aleppo, Damascus
Next The army retakes buildings in Aleppo city, hits terrorist positions in other areas