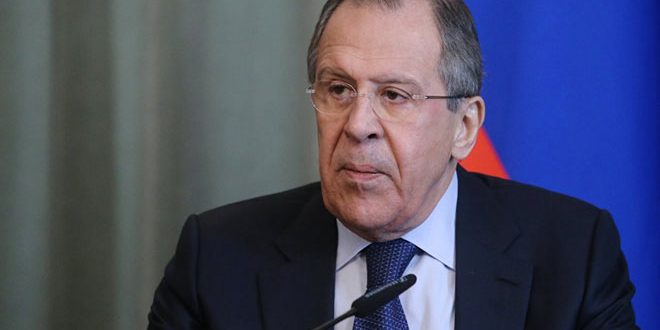 Speaking at a meeting of the Russian Federation Commission for UNESCO on Monday, Lavrov said that “the decision provides a wide range of steps to preserve historical monuments in Syria,” indicating that Moscow is in constant contact with the UN regarding the organization experts team’s visit to Palmyra City in the nearest future.

“In accordance with the provisions of this decision, it is planned to send an international expert mission to Syria, which will also comprise permanent representatives to UNESCO, to evaluate the amount of restoration works at Palmyra and develop a concrete assistance plan,” he added.

Lavrov expressed his country’s satisfaction with the fact that dozens of countries, including France and the U.K., have joined it as co-authors.

On March 27, the Syrian Arab army established control on Palmyra City after it fell to the ISIS terrorists who destroyed and vandalized several historical ruins and monuments in the city.