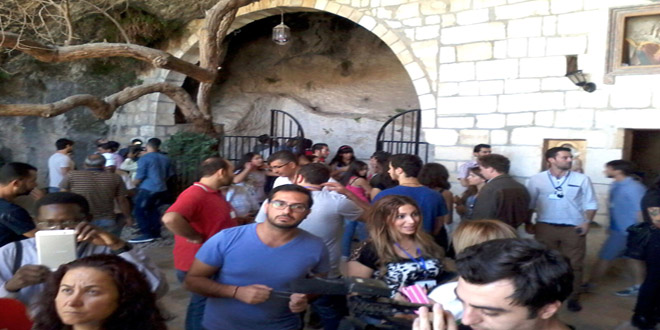 Damascus Countryside, SANA – A number of Arab and foreign students and journalists, of those participating in the International Conference for Youths in Damascus, visited the terrorism-stricken Maaloula town on Wednesday.

The students and journalists toured Mar Thecla Monastery and a number of religious and tourist sites in the town, to which the army restored security and stability in April 2014.

Several pieces and icons, which were looted from the town, have been retrieved gradually since then.

Expressing their regret over the scale of d estruction they saw inflicted by terrorists in Maaloula, the Arab youths called upon the international community to take action against terrorist acts and protect the human and cultural heritage in Syria.