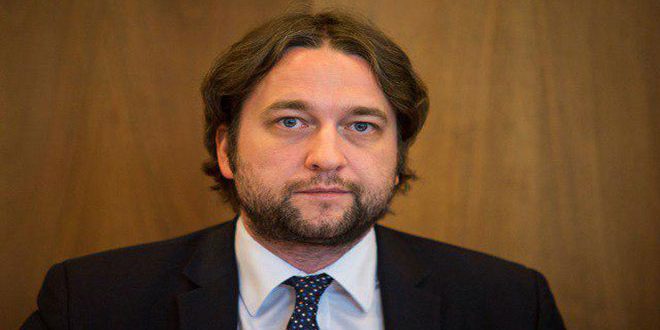 Bratislava, SANA- Slovak Member of Parliament Dr. Luboš Blaha has affirmed that the Israeli occupation entity’s announcement of its intention to expand settlements in the occupied Syrian Golan constitutes a violation of international law.

“This announcement shows the extent of the Israeli government arrogance and its expansionist intentions, which the whole world must condemn… What I want to say is that the international law and values of national sovereignty and peace should have a political weight”, Balah said in a statement to SANA correspondent in Prague on Thursday.

The Slovak parliamentarian slammed the West for turning a blind eye to the repeated Israeli violations of international law.