A civilian martyred in landmine blast left behind by terrorists, Qunaitra countryside 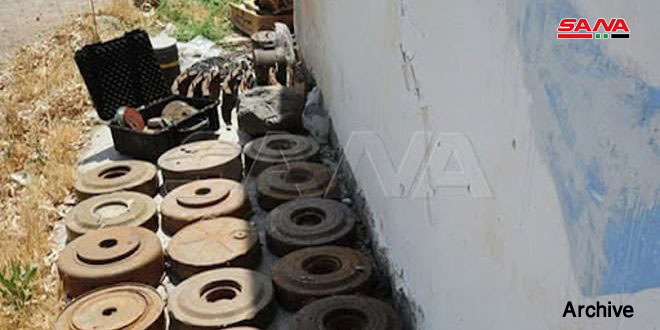 Quneitra, SAN – A civilian was martyred on Monday in a blast of landmine left behind by terrorists in al-Hamidiyah town, Quneitra countryside.

SANA reporter said that a landmine left behind by terrorist groups went off while one of the locals was grazing cattle in the vicinity of al- Hamidiyah town, causing his martyrdom.

A medical source at Mamdouh Abaza Hospital said that a 20 –year- Young man was hospitalized and died as a result of shrapnel in various parts of his body.