Road trips from Jordan to Syria to start next week 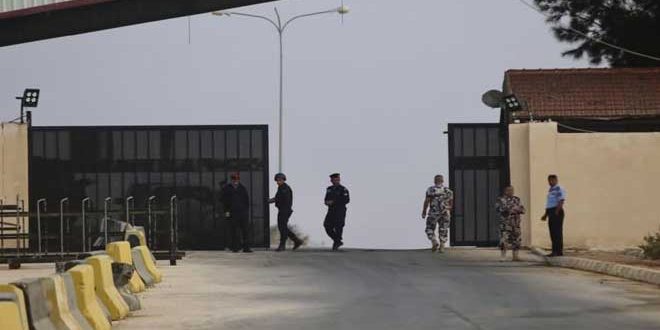 Amman, SANA-The Royal Jordanian Airlines will run road trips and not flights to Syria starting from next week, the Jordanian Transport Ministry clarified.

“Starting from next Sunday, the Royal Jordanian Airlines will provide land transport service to passengers from and to the Syrian Arab Republic as buses will head directly from Damascus city to Queen Alia International Airport, until resuming flights in the future,” Media spokesman for the Jordanian Ministry of Transport, Ali Odaibat, was quoted by Ammon News Agency as saying.

Earlier, Jordanian Minister of Transport, Eng. Wajih Azaiza, said in a joint press statement issued by the Transport Ministry and the Civil Aviation Regulatory Authority that “Royal Jordanian Airlines will start its flights to the Syrian Arab Republic next Sunday, October 3rd, with the full compliance to all the conditions that are compatible with Health protocols.”