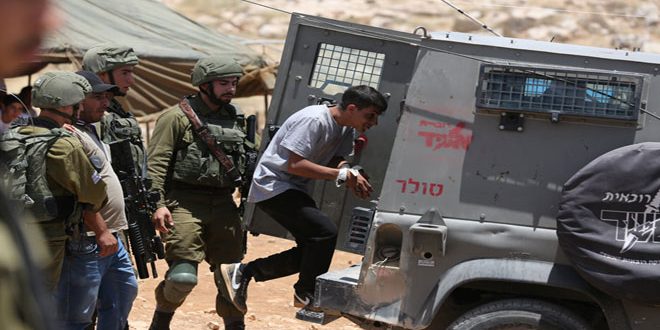 Wafa News Agency said that the occupation forces stormed into Beit Fajjar town south of the city, and arrested a Palestinian.

The occupation forces on Sunday at dawn arrested two Palestinians in Jenin city, the West Bank, and thus they have arrested the six Palestinians who have liberated themselves through a tunnel which they dug in Jilboa prison nearly two weeks ago.