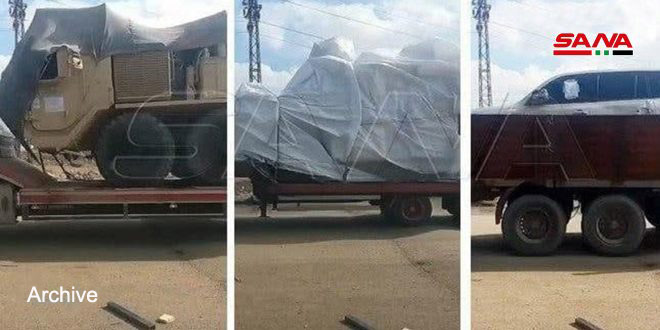 Hasaka, SANA – The US occupation forces continued on Tuesday their violation of Syria’s territorial integrity as they brought in a convoy loaded with equipment and logistic supplies to support their bases on Syrian territories via illegitimate al-Walid crossing border with Iraq.