For the first time in Syria, wounded of homeland participate in  sport competition 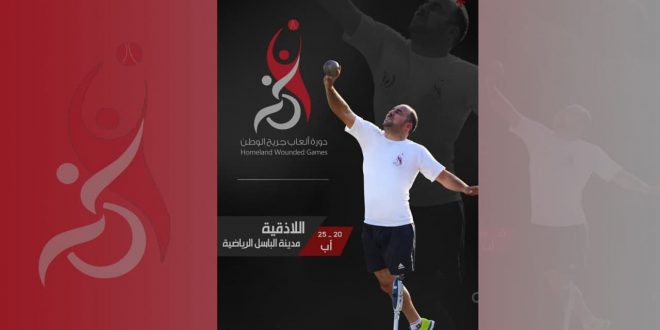 Lattakia, SANA- Lattakia city hosts a sport tournament for the injured of Homeland, from August 20th to 25th, participation of 92 injured personnel of the war operations. The participants will compete in swimming, ping pong , badminton, basketball, in addition to other games with an international and Arab participation.

The Army, supporting forces and Interior Security Forces, who were wounded during battles in defense of the homeland, are going to participate in the first such event, organized by the Homeland Wounded Project and the General Sports Federation.

The event will last for five days and will officially start on Friday Aug 20th.