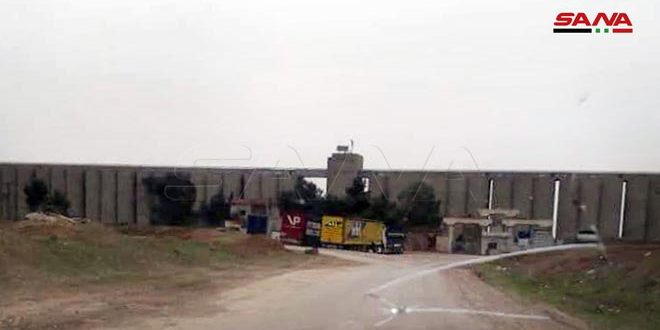 Hasaka, SANA- US occupation forces continued the systematic plunder of Syrian resources, taking out a convoy of trucks loaded with wheat stolen from the silos of Tal Alou in Yarubiyah in Hasaka northeastern countryside.

Local sources told SANA that the US occupation forces brought out a convoy consisting of 14 trucks loaded with Syrian wheat stolen from the silos of Tal Alou in Yarubiyah area in Hasaka countryside.

A ccording to the source, the convoy headed for illegal al-Waleed crossing point with Iraq.

2021-04-05
nisreen
Share
Previous A civilian martyred, another injured in blast of landmine left behind by Daesh terrorists, north Palmyra
Next Tourism Ministry to expand cooperation with Sevastopol city