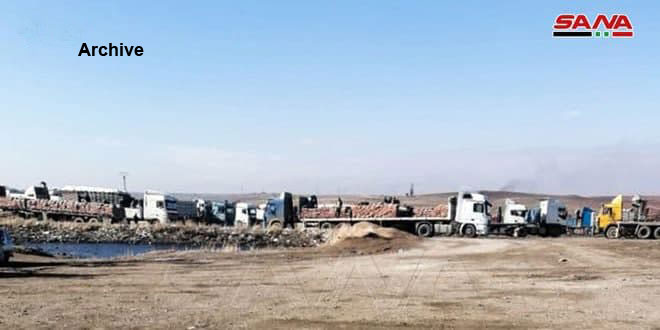 Hasaka, SANA- The US occupation forces continued to steal Syrian wheat crops from al-Jazeera area as part of their ongoing aggression against the Syrians.

The US occupation on Tuesday brought out 12 trucks loaded with wheat from silos of Tal Alou village in the town of Yarubiyah in Hasaka eastern countryside.

Local sources told SANA that a convoy consisting of 21 trucks loaded with wheat left the silos of Tal Alo at 2:15 p.m. and headed for illegal al-Waleed crossing.

Last Saturday, the US occupation stole a quantity of wheat from silos of Malkiyah through 42 trucks that headed for northern Iraq. 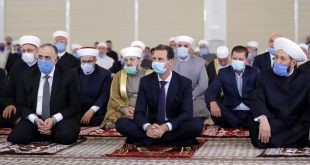